By 2016, California Will Run Out of Water

Jay Famiglietti is concerned, and with good cause. The senior water scientist at the NASA Jet Propulsion Laboratory recently announced that California has only one year’s worth of water left in its severely depleted reservoirs and groundwater supplies, with no end in sight to a drought that has already lasted over four years.

According to Famiglietti, the state is losing 12 million acre-feet of water a year. Total water from rain, snow, reservoirs, and groundwater was 34 million acre-feet below normal in 2014, and dropping rapidly. Groundwater and snowfall are at all-time lows—January 2015 was the driest since the state began recording temperatures and rainfall in 1895.

In short, California is in crisis. Governor Jerry Brown declared a drought emergency in 2014, but water use only dropped by 9% last year—a far cry from the goal of 20%.

Approximately two-thirds of the water lost in 2014 occurred due to agricultural groundwater pumping in the Central Valley. Faced with surface water allocation restrictions of 80-100%, farmers turn to groundwater by necessity. In some areas of the valley groundwater reserves have fallen so low the land is sinking by a foot a year.

In case you think the drought is just California’s problem, remember the state produces most of the vegetables and fruit consumed in the United States. California provides 60% of the nation’s carrots, 71% of its spinach, and over 90% of its broccoli. If the drought continues, fruit and vegetable production will drop, driving up food prices nationwide.

Famiglietti called for mandatory water rationing. The idea is popular with state residents as well—94% of Californians surveyed in a recent Field Poll believe the drought is serious, and one-third support rationing.

If you live in one of the state’s urban centers, the best way to help is to conserve outdoor water use. Lawn sprinklers and landscaping demands account for 70% of all water use. Is a green lawn really worth wasting what little water we have left?

As always, Enviro water is dedicated to providing eco-friendly water systems to help combat unsustainable water practices. A Enviro NaturSoft water softener is a green alternative to a salt-based system, which annually wastes 7,800 gallons of usable water. Certain California cities, such as Brentwood, are offering incentive programs for citizens to replace an existing salt-based softener with a salt-free system.

It’s time for Californians to take ownership of the drought problem, both at the government and individual levels. Otherwise, we’re in danger of discovering water is never more precious than when you don’t have any. 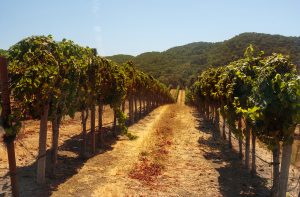