California entered its fourth year of drought conditions with yet more bad news. 2015 saw the driest January since the state began keeping meteorological records. At the same time, February had the hottest temperatures ever recorded.

It’s disheartening news for Californians, many of whom thought they might be getting some much-needed relief when December 2014, proved relatively wet. The State Water Board reported water conservation efforts in December were at 20 percent, only to see January’s results drop to 8.8 percent. In part this was due to a reduced need for outdoor water use in December.

Up in the mountains, the state’s snowpack isn’t offering much good news either, with a March 2nd survey reporting snow at only 19 percent of average levels. Reservoir levels remain alarmingly low statewide, and—as a consequence of the dry New Year—CAL FIRE responded to over 220 wildfires in January alone.

So where does this leave California? Some people, especially in urban centers, seem to be suffering from “drought fatigue,” and as a result vigilance over water conservation has slipped just when we need it most. With that in mind, the State Water Board is considering renewing a July 2014 emergency regulation which placed restrictions on water use and authorized penalties for those who waste water. The regulation, however, was only sporadically enforced.

It’s easy to be dismayed by the numbers. While the Los Angeles area receives, on average, fifteen inches of rainfall a year, 2011 to 2012 saw only 9.68 inches, 2012 to 2013 saw a mere 5.86 inches, and last season saw 6.08 inches. Some meteorologists even suggest California is in the early years of a decades-long “mega drought,” which would spell disaster for the state’s agricultural and industrial interests.

Unless the drought breaks—and breaks soon—it’s been speculated stringent water rationing is on the horizon. If so, Californians will need to invest in ever-greener water conservation tools. With our environmentally-friendly, water-conserving filtration and softening systems, that’s one area where we’re confident Enviro Water can help. 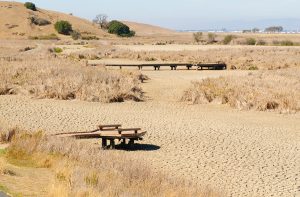