California is currently suffering through a serious drought. The water-parched Central Valley has pumped enough groundwater out of local aquifers that in some areas the ground is actually sinking. In the midst of all this, it turns out that oil companies have been injecting chemical-laced wastewater into aquifers for decades—and they’ve been doing it with the state’s approval.

At present, oil companies have drilled over 170 waste-disposal wells into aquifers containing groundwater which was suitable for drinking—until it was contaminated. Hundreds of additional waste water disposal wells contaminate low quality aquifers, according to data gathered by The Chronicle, but even these could have been suitable for human use with intensive treatment.

Disposing of oil production wastewater, or “production water,” by injecting it underwater is considered more environmentally conscious than many other forms of disposal. But the issue is that pumping briny, hydrocarbon-rich, chemical-laced water underground is contaminating drinkable water in drought-starved California. The EPA has threatened to move in and oversee oil company water-injection aquifers if the state doesn’t resolve the situation quickly. The state, meanwhile, has allowed this to happen for over thirty years.

Whatever the cause, groundwater has been contaminated, which brings up another question. Aquifers are not hermetically sealed. Water seeps and travels through the earth. While there’s no firm evidence that the disposal wells have contaminated direct sources of drinking water, in some locations the wells are disturbingly close to aquifers used for home and agricultural irrigation. In the summer of 2014, eleven waste-injection operations in Kern County were shut down precisely out of fear they might contaminate these civilian water sources.

The solution? Stopping the practice of pumping toxins into fresh groundwater would be a good start, although between the state, the EPA, and the oil lobby, that’ll take time—if it happens at all. Even if it does, the wastewater already pumped underground is still down there. This situation is a perfect example of why it’s critical to ensure your home’s water is cleaner and safer with a home water filtration system. It’s necessary to take action on your own when, as you can see, a number of things can make it in to your water supply, no matter how regulated they seem to be. 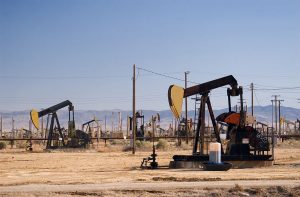