A Water Shortage in the West?

Throughout the Western United States, communities are implementing strict regulations to cope with serious water shortages. While many blame droughts potentially stemming from climate change, some experts believe government policies are to blame. In fact, they say there’s already enough water to fill the needs of every western resident if practical steps are taken to reduce agricultural consumption. 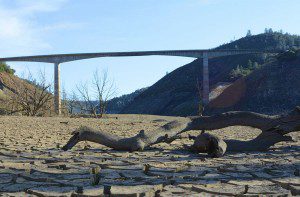 Back in 1922, at the behest of Herbert Hoover, Southwestern states including California, Wyoming, Nevada, Arizona, New Mexico, Utah, and Colorado drew up an agreement to determine how to split up the waters of the Colorado River. Unfortunately, the states overestimated how much water the river could actually provide. According to certain experts, this miscalculation — combined with what many call a subsequent mismanagement of water resources — has led to the current water crisis.

Even after miscalculating the amount of water in the Colorado River, many say the seven western states should have enough water to survive and thrive. Unfortunately, policies and management appear to be causing or contributing to the shortage.

Many environmental experts say that increased farming efficiency would introduce enormous amounts of water back into the Colorado River system. For instance, if Arizona switched its agricultural focus from cotton to wheat, it would save enough water to provide 1.4 million people with 12 months of water.

Likewise, almond farmers have come under fire for consuming staggering amounts of water. It takes one gallon of water to produce one almond, which means that every ounce of almonds requires 20-24 gallons of water. California, one of the major producers of almonds, annually uses 1.07 trillion gallons on almond farming.

A similar situation exists in the Colorado River Basin, where farmers invest countless gallons of water on thirsty alfalfa, a profitable crop used to feed livestock throughout America and the world. Unfortunately, a change in agricultural focus here could cost millions of dollars in lost revenue, something the western states hope to avoid.

With all signs pointing toward increased water shortages, residential usage restrictions may not be enough to stem the tide. To remain viable far into the future, western states may have to shift their agricultural focus or continue facing an uphill battle.